It’s here, our pride and joy, a 12-metre tall tulip vase pyramid along the A13 motorway. In other words, the largest tulip vase in the world! We made the base of this artwork from EPS, before coating it with a smooth, protective layer of polyurethane. Afterwards, the parts were shipped off the Delft, where Royal Delft’s artists painted the vase. It took them three weeks to transform the white styrofoam into this Delft blue masterpiece. It was an exciting project, because we did not know whether our tempex parts would fit the steel structure, which was manufactured elsewhere, until the vase was actually assembled. Ultimately, it was an ideal fit, like a tulip in the perfect vase!

Land Art Delft and Royal Delft partnered up to develop the Tulip pyramid was developed as part of this year’s theme ‘Delft and the Golden Age’. The municipality of Delft, Delft Marketing and various business associations also contributed to this project. The project was the brainchild of Paula Kouwenhoven. 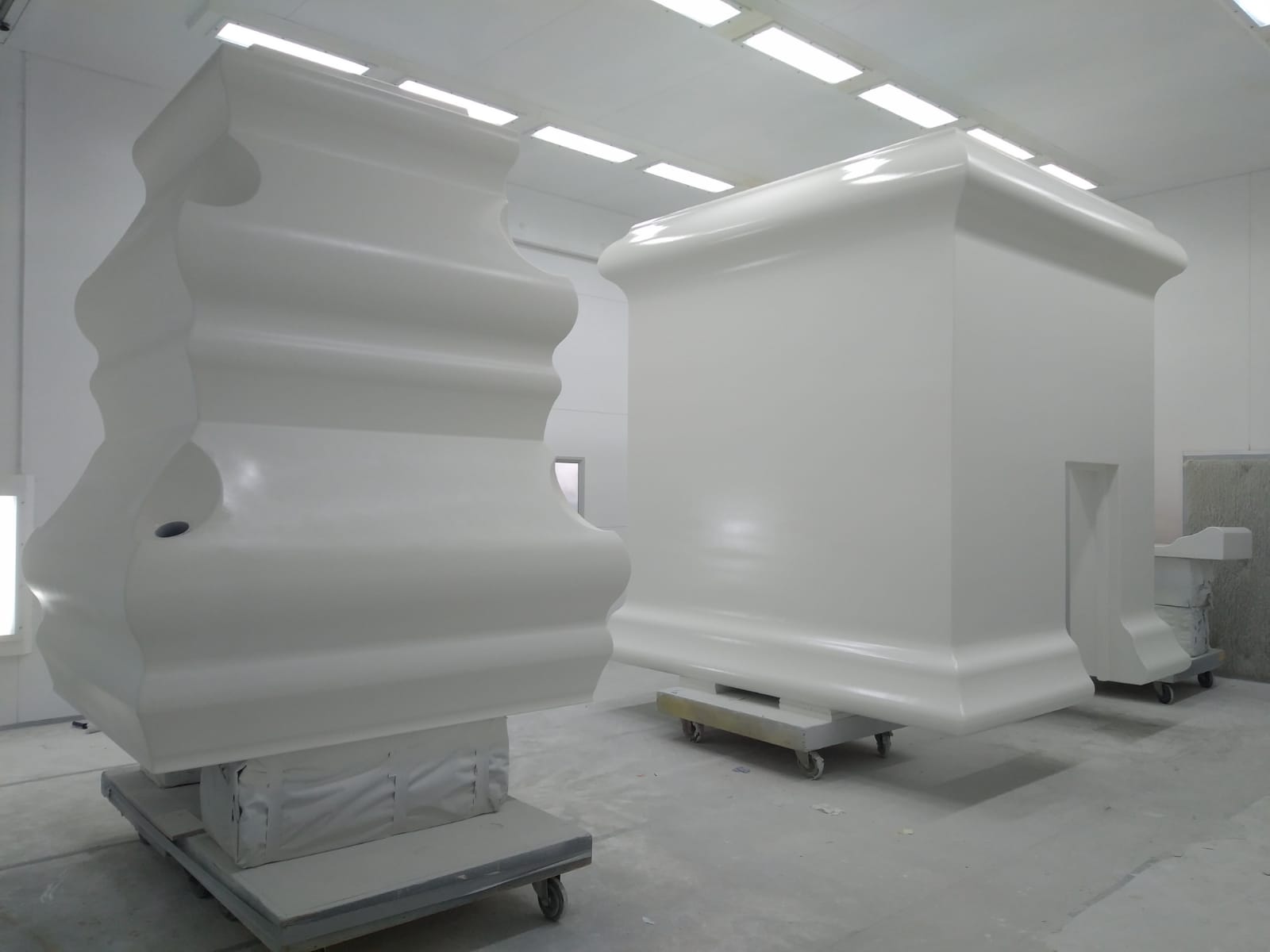 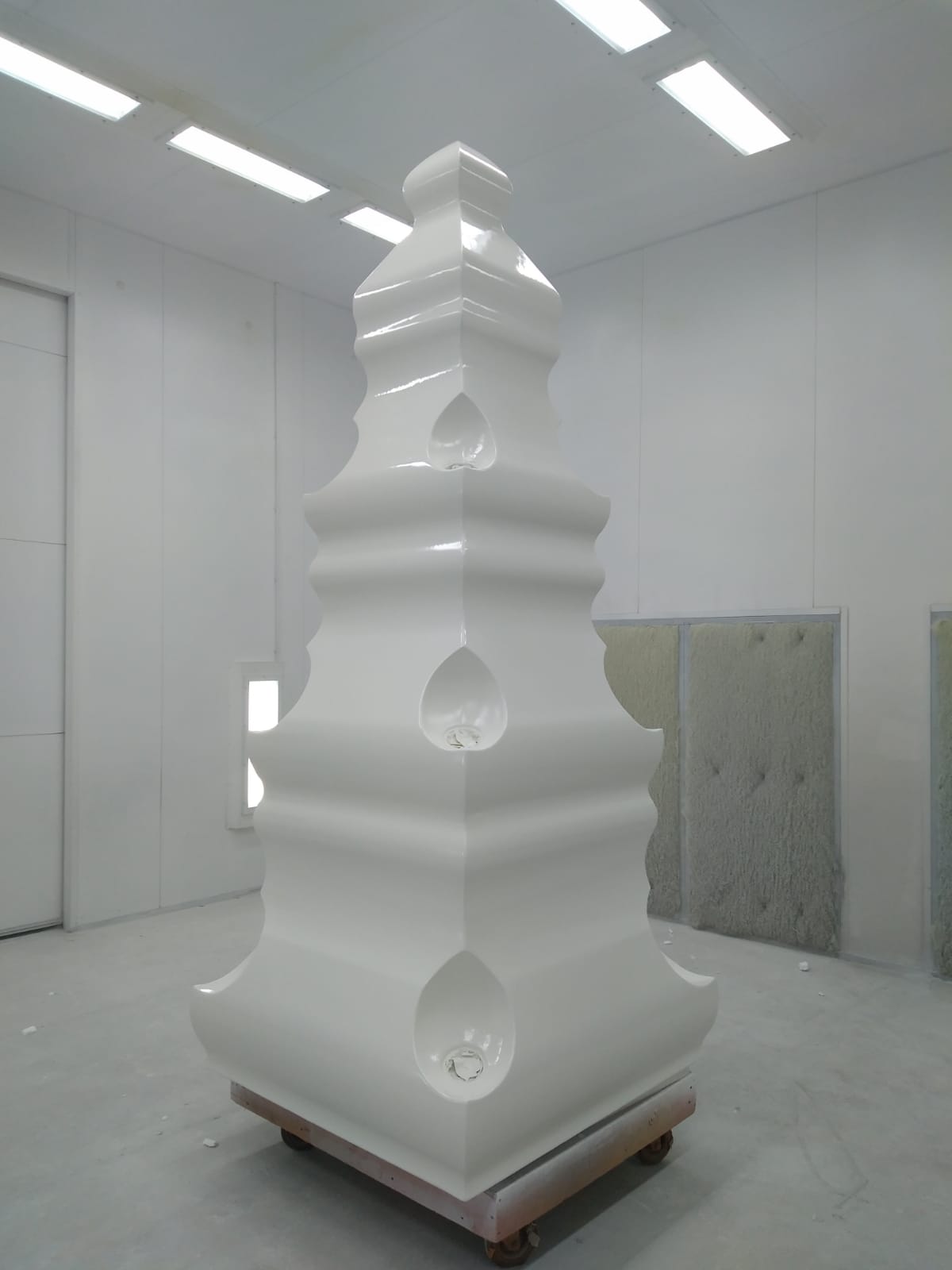 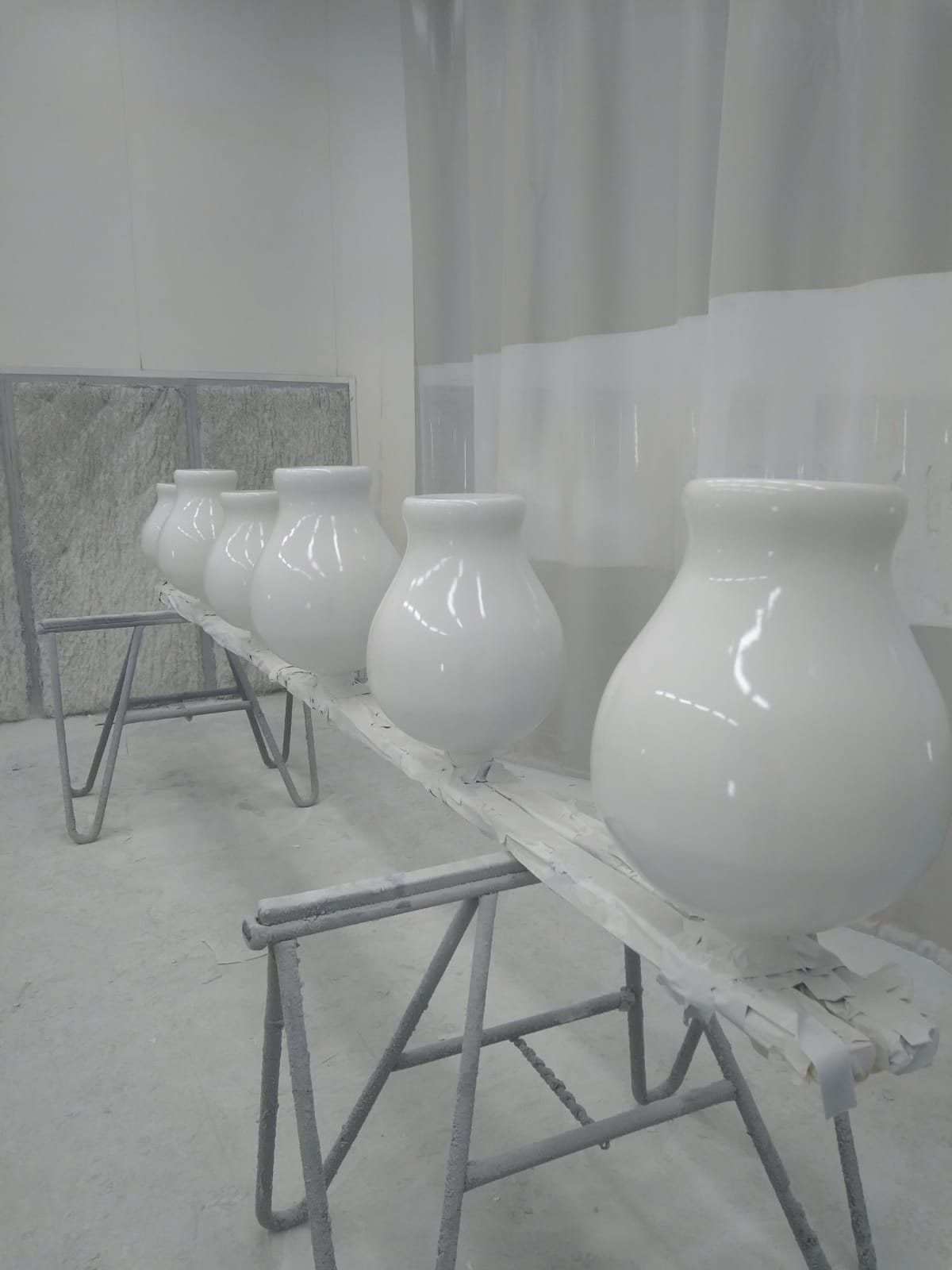 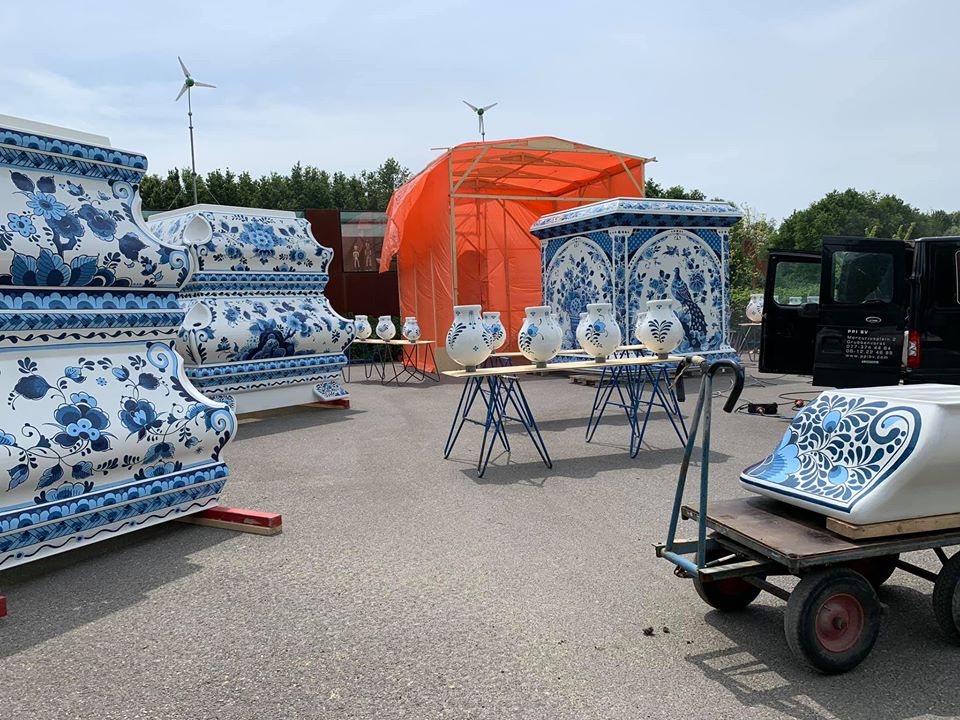 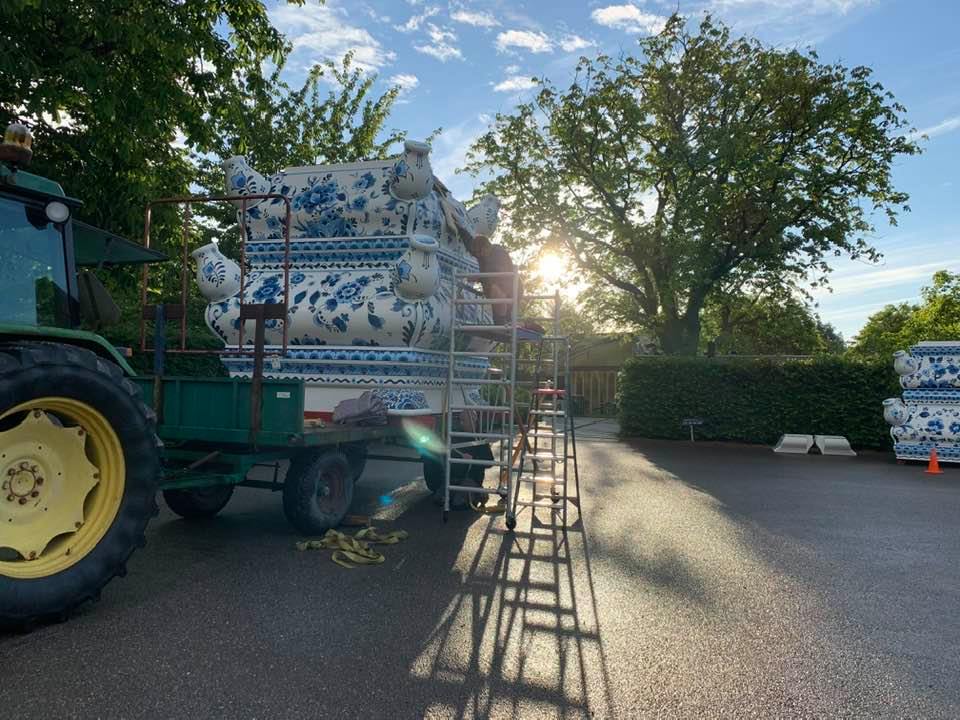 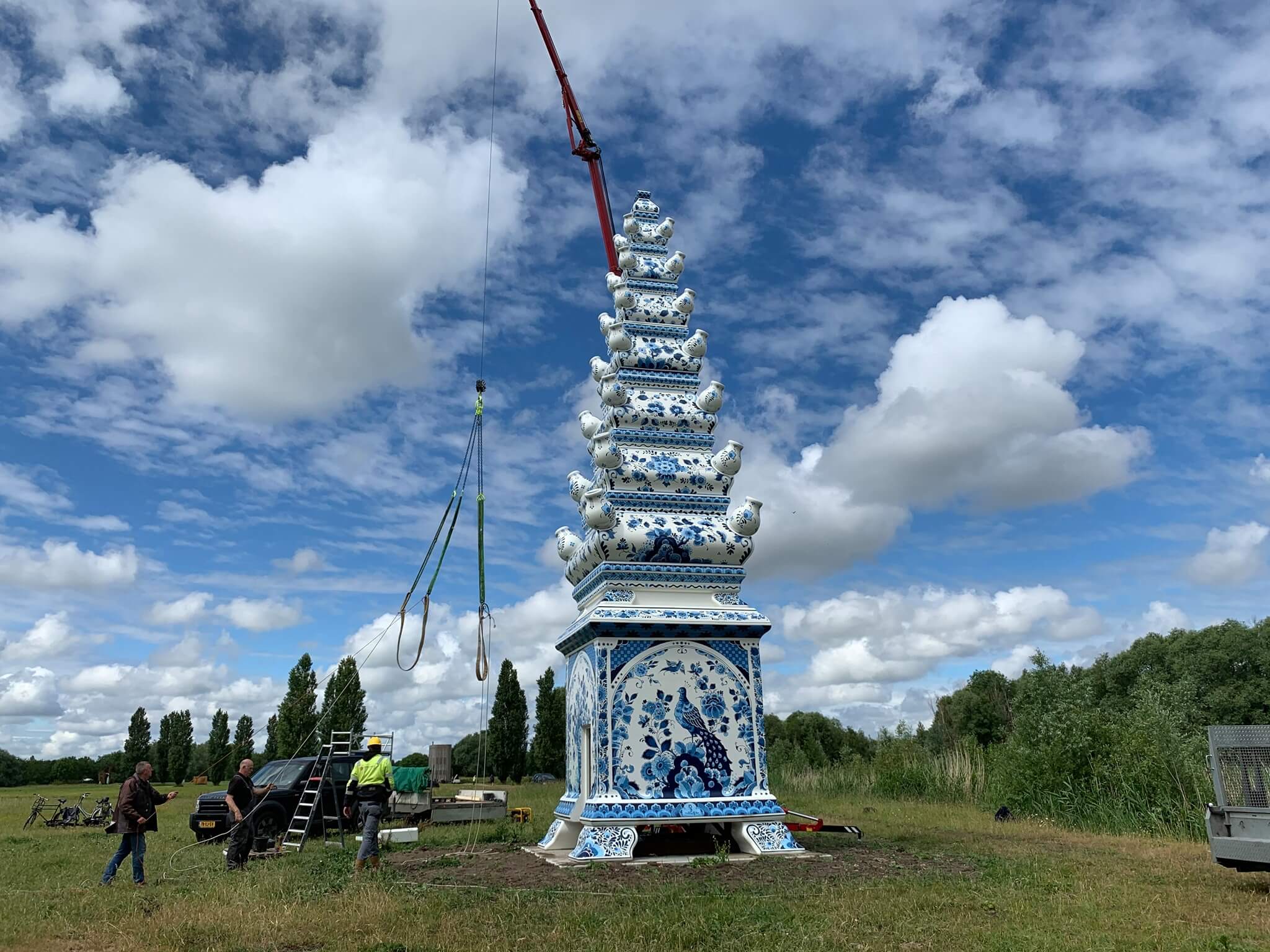