A polyurethane coating can be a highly functional application for a contour mould. This project for K Dekker Bouw & Infra is a perfect example thereof. We milled a staircase mould out of EPS100 for this contractor, who then used the mould to create the concrete staircases for the Castricum railway station. Because we equipped the contour for the bicycle gutter with a polyurethane coating, the finished concrete on that section came out clean. The other sections of the staircases were finished with stone slabs later on. 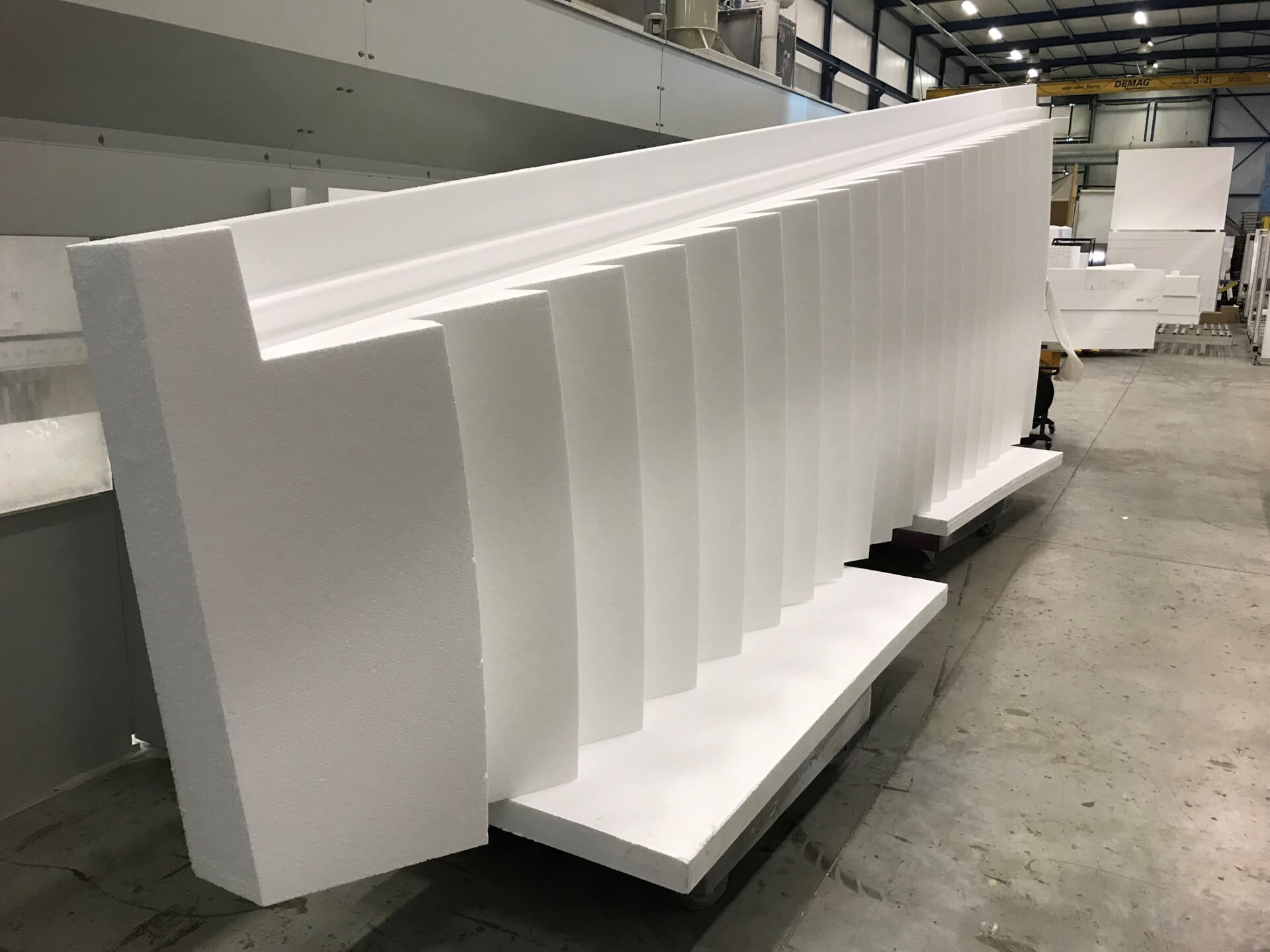 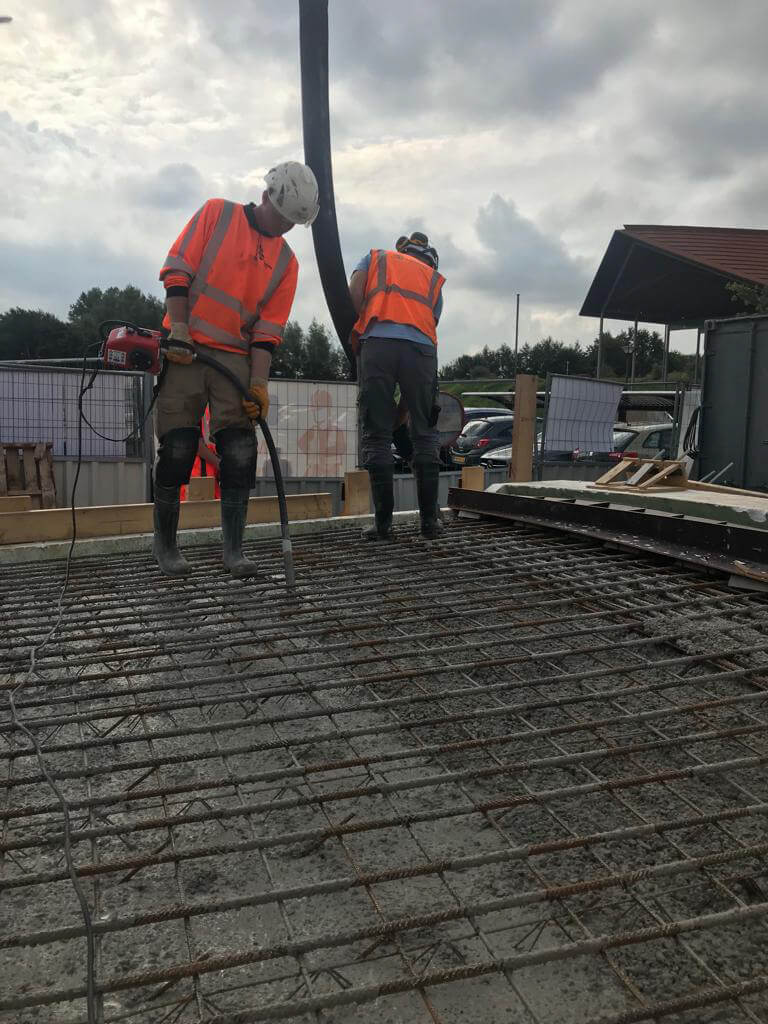 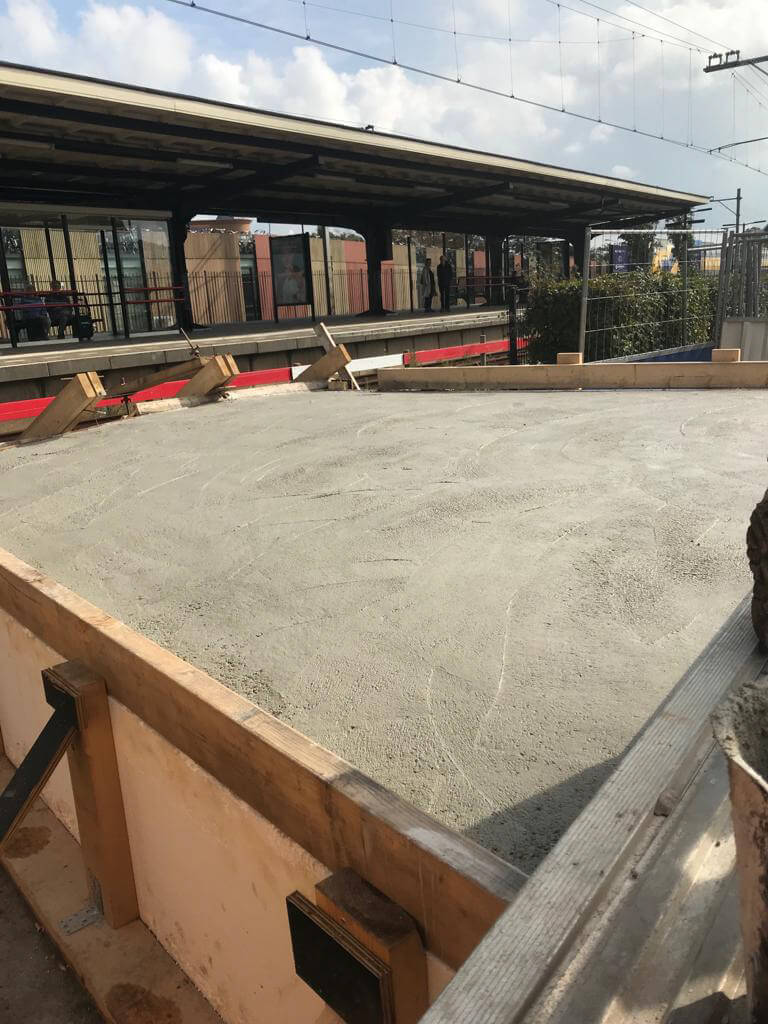